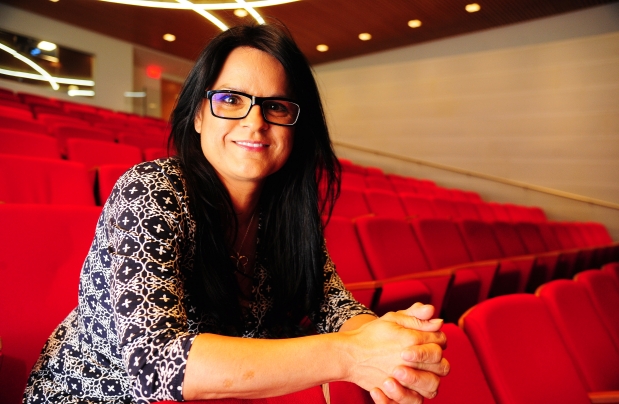 EDMONTON – Her dad committed suicide when she was 18, and Georgina Lightning was so troubled by it that she, too, tried once to kill herself. She couldn’t reconcile it with herself until many years later when a relative revealed a family secret: her father had been preyed upon while attending residential schools.

“It was a hidden truth that nobody ever spoke of,” Lightning, 50, a filmmaker who was raised in Edmonton, said Monday night before a screening of her movie Older Than America at the Art Gallery of Alberta.

The viewing was held before a panel discussion that involved members of the Truth and Reconciliation Commission that will convene for three days beginning March 27 at the Shaw Conference Centre.

“It wasn’t until learning about it that my journey to healing began,” Lightning said. “It evoked compassion, and then I could let go.”

Lightning wrote, directed and starred in the film, which exposes the abuses and culture-killing effects of native boarding schools. The movie is like a punch in the gut, and there were mental health support workers on hand to counsel audience members after the screening Monday before a packed house.

“My mission in making the movie was to prompt discussions about the truth that happened, and to soften the harsh judgment that exists as a result of social issues like broken families and addiction that are related to it,” Lightning said.

“In my own personal journey, it was a huge help to me the more I learned.”

A member of the Samson Cree First Nation, Lightning moved to Los Angeles in 1990 to study filmmaking with Robert Redford at the American Academy of Dramatic Arts. She returned to Edmonton in 2012, two years after making the film and winning an emerging artist award at the White House Projects’ annual EPIC Awards.

She was honoured to have it shown in advance of the Truth and Reconciliation Commission.

“The purpose of this evening is to inform people and to solicit support for the event,” Lightning said. “It is my hope that employers let staff off to attend. It is about reconciling and healing, about talking to their spirit as opposed to their mind.”

In 2008, Prime Minister Stephen Harper apologized to aboriginals for the abuses that occurred at the residential schools, which were in operation in Canada from the late 1800s until 1996.